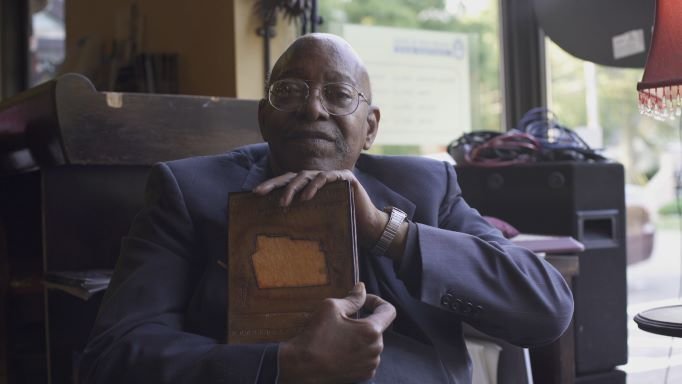 Only a poet can find a mission in the words, “Sea and See.”

Vision while looking over dark waters is the purpose behind Walter Delbridge’s poetry. The Akron poet spoke in an interview by telephone.

The poet’s vision comes from decades of living with mental illness. Brain health recovery for Delbridge is signified in the words, “comeback evolution,” which serve as part of the title for his soon-to-be released book.

The full title is Comeback Evolution: Selected Works of Walter K. Delbridge, edited by Kate Tucker. The book is being published by University of Akron Press with a release date of May 15. Tucker is a singer/songwriter/movie maker who is working on a documentary about Delbridge’s life, according to a news release.

Delbridge said the book’s title says a lot about the experience of recovery.

“I got knocked down, like a prize fighter, I had to get back up,” he said.

However, with mental illness, the comeback is not so simple.

“I had to comeback to a higher level,” Delbridge said.

Returning to being the same old self is not an option for someone coming back from mental illness. Delbridge said he had to reach higher than just returning to his old self.   That’s why the word “evolution” fits the poet’s experience.

Moving on to a higher plane has resulted in Delbridge’s poems being published. He shared some of his lines.

While the poet occasionally writes social commentary in his poems, he is mostly concerned about the internal life of his readers.

“I am interested in the quality of their experience,” Delbridge said.

For young poets just starting to write, Delbridge advises them to observe and pay close attention to how their bodies relate with their environment.

“If it is raining, look at the quality of the rain,” he notes.

In other words, pay attention to the temperature, the wind, how hard the rain is falling and whether individual drops are small or large.    Delbridge added that young poets also need to pay attention to all five senses.

“Do you sense the taste of a gherkin (pickle)?” the poet asked.

The next step is to write about it.

Walter Delbridge knows all about writing. He is well equipped to write about the taste, sound and smell of brain health recovery.